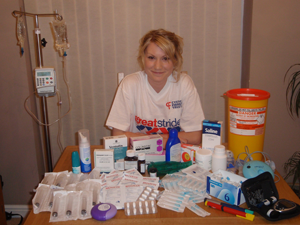 Cystic Fibrosis (CF) is one of the UK’s most common life-threatening inherited diseases.

Cystic Fibrosis affects over 9,000 people in the UK.

Over two million people in the UK carry the faulty gene that causes CF – around 1 in 25 of the population. Carriers of the gene do not have any symptoms of the condition. If two carriers have a child, the baby has a 1 in 4 chance of having Cystic Fibrosis.

On the Outside, a person with CF usually looks healthy, however, on the inside, it is a different matter.

Cystic Fibrosis affects the internal organs, especially the lungs and digestive system, by clogging them with thick sticky mucus. This greatly reduces oxygen intake, increases the risk of infection and lung damage over time.

Children and adults with CF have difficulty in gaining weight as the mucus blocks the passage of enzymes from the pancreas to the digestive system. This means the food eaten cannot be fully digested and a reduced rate of nutrients is absorbed into the body. This can also cause bowel problems for the CF sufferer.

Treatment for CF is a daily task. It cannot cure CF however; it can improve the length and quality of life. The normal daily life of a CF sufferer is constantly interrupted by treatment and therefore requires dedicated support from family and friends.